Everything in Canada inevitably leads back to Ontario. The country’s most populated province by a wide margin, one in three Canadians dwell within its borders, along with practically everything powerful and important. Among other landmarks, Ontario houses Canada’s parliament, its largest city, the national stock exchange, the country’s biggest university, the headquarters of virtually every major Canadian newspaper, television station, corporation, and bank, and — just to top it off — Canada’s tallest building and biggest waterfall, too.

Ontario’s power comes at a price, however, and Canadians who live outside its borders will often regard it with a mixture of resentment and skepticism — surely they don’t deserve all that. When other provinces dub Ontario “the centre of the universe” they intend it as an insult, but to Ontarians it probably sounds like a perfectly factual observation — at least in the context of Canada.

Note: This chapter provides a broad overview on Ontario. For information on things to see and do in Ontario, see the Ontario tourism chapter. 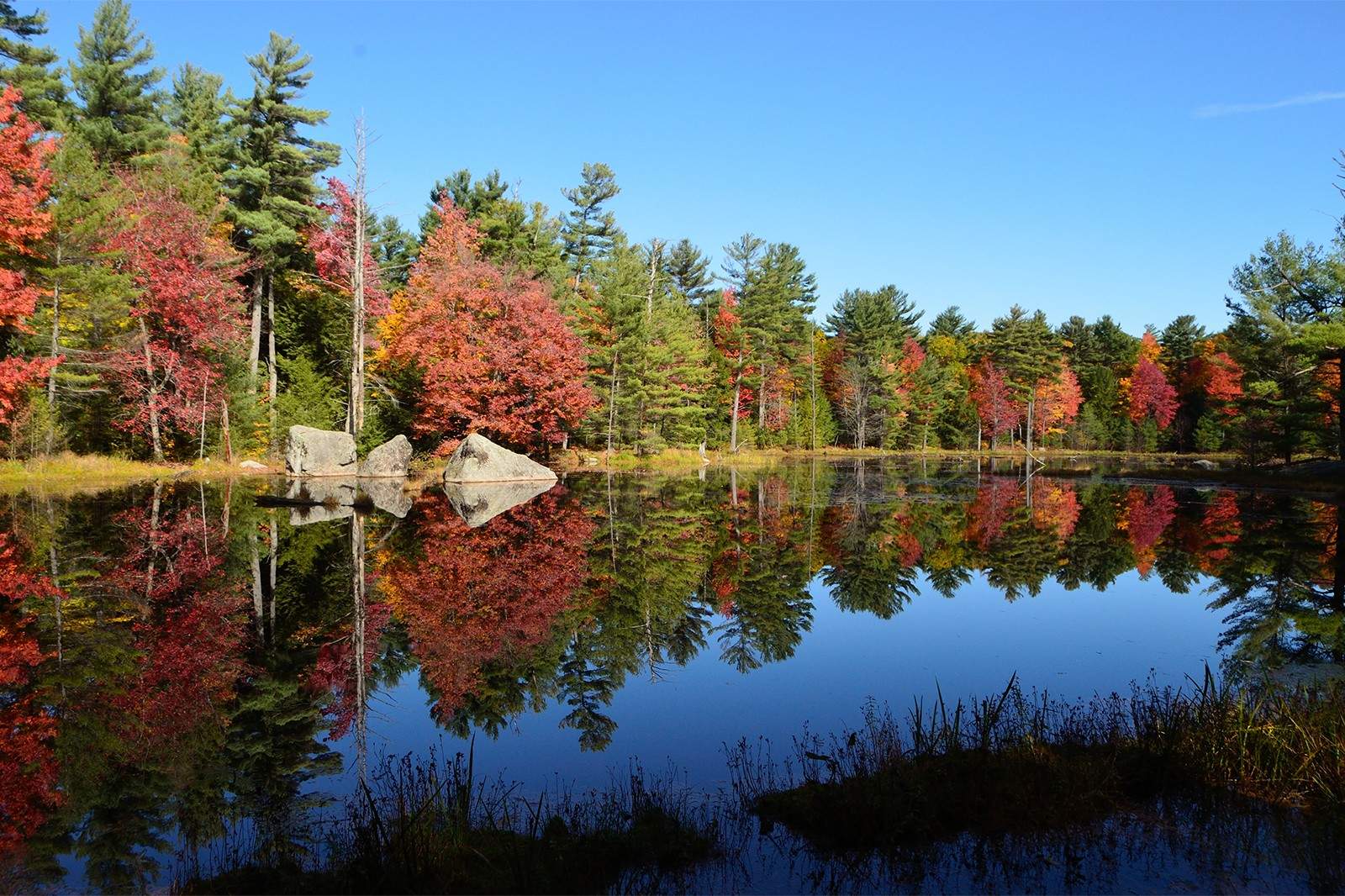 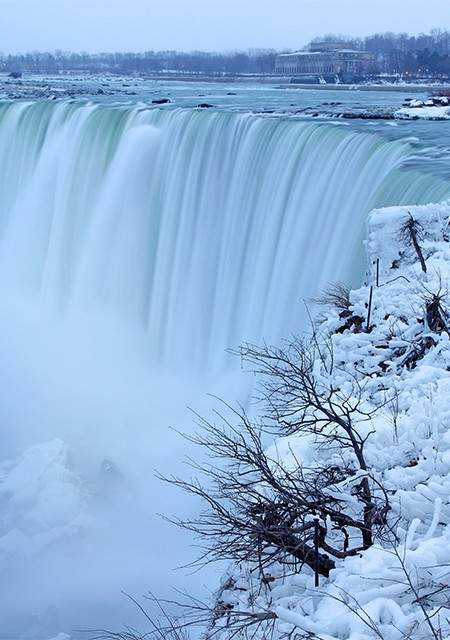 Easily Canada's most famous national landmark, the enormous Niagara Falls of southern Ontario, have provided a great boon to the local economy in the form of hydroelectricity, honeymoon suites and daredevil tourism.

Ontario is a large, vaguely fish-shaped province with most people living in the tail. Its distinctive shape comes as a result of being sandwiched between two massive bodies of water: Hudson Bay in the north, and four of the five Great Lakes in the south.

Northern Ontario is a grim mix of dense forest, wet swamp, and rocky, barren soil. Early settlers found the land so harsh they were often forced to abandon their farms, and in some areas, even trees have a difficult time growing. The southern peninsula that dips into the Great Lakes is a different story, and contains arable, temperate lowlands of rolling hills and deciduous trees that have proven the province’s most livable and economically useful territory. The so-called Golden Horseshoe of southern land that borders the western coast of Lake Ontario is the most densely-populated part of Canada, though the ensuing urban sprawl has come at the expense of much natural beauty. Between the two extremes, the relatively small Central Ontario region houses pleasant forests and countrysides that are popular spots for campsites and cottages.

Marbled with lakes and rivers, water has historically been one of the major industries of Ontario, both in terms of drinkable freshwater and hydroelectricity produced from dams and turbines. If global supplies decline, they say Ontario could someday be to water what Saudi Arabia is to oil. 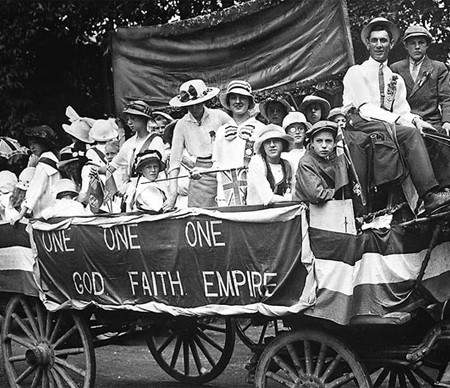 "The Belfast of Canada"

The Orange Order, which originated in Northern Ireland, was a radical Protestant / Anglo-rights group that held considerable power in Ontario from the mid-19th century to early 20th. Hostile towards French-Canadians and Catholics, it counted many senior politicians among its members.

The history of Canada is very much the history of Ontario. Or at least a lot of it starts there. As we learned in the history chapters, the land that’s now Ontario was originally settled by the British, in contrast to Quebec, which was settled by the French. After the British conquered Quebec in the Seven Years War (1754–1763), the two colonies were governed by a number of different political systems before becoming founding provinces of the Dominion of Canada in 1867, when the current Canadian constitution was adopted. The provinces continued to define themselves by their differences, and well into the 20th century, Ontario played the role of the defender of English and Protestant rights in Canada just as aggressively as Quebec defended the interest of the French and Catholics.

In contrast to most other parts of Canada, Ontario urbanized extremely rapidly during the 19th century. Already possessing large cities and well-developed economic infrastructure, it quickly became the hub of Canadian manufacturing, trade and commerce in the peak years of the late Industrial Revolution. Though the province’s farming sector declined quickly, an ample mining industry centred around iron, steel and nickel picked up the slack, and allowed Ontario to establish a thriving automobile industry after World War II (1939-1945). More controversially, the province was also able to enrich itself by cheaply importing raw materials like lumber, wheat and oil from the Prairie provinces after the Ontario-dominated Canadian parliament imposed high international tariffs to discourage the west from trading with neighbouring cities in United States.

More immigrants settle in Ontario than anywhere else in Canada, and as the province’s population —  particularly its largest city, Toronto — continues to grow, an already big place gets even bigger. The provincial population gap is now quite severe — Canada’s second-largest province, Quebec has five million fewer people than Ontario and is shrinking — which has the effect of making Canada a rather lopsided federation. It’s easy to be successful in Canadian business or politics by simply appealing to Ontario and ignoring everywhere else, which can make “everywhere else” more than a little bitter. 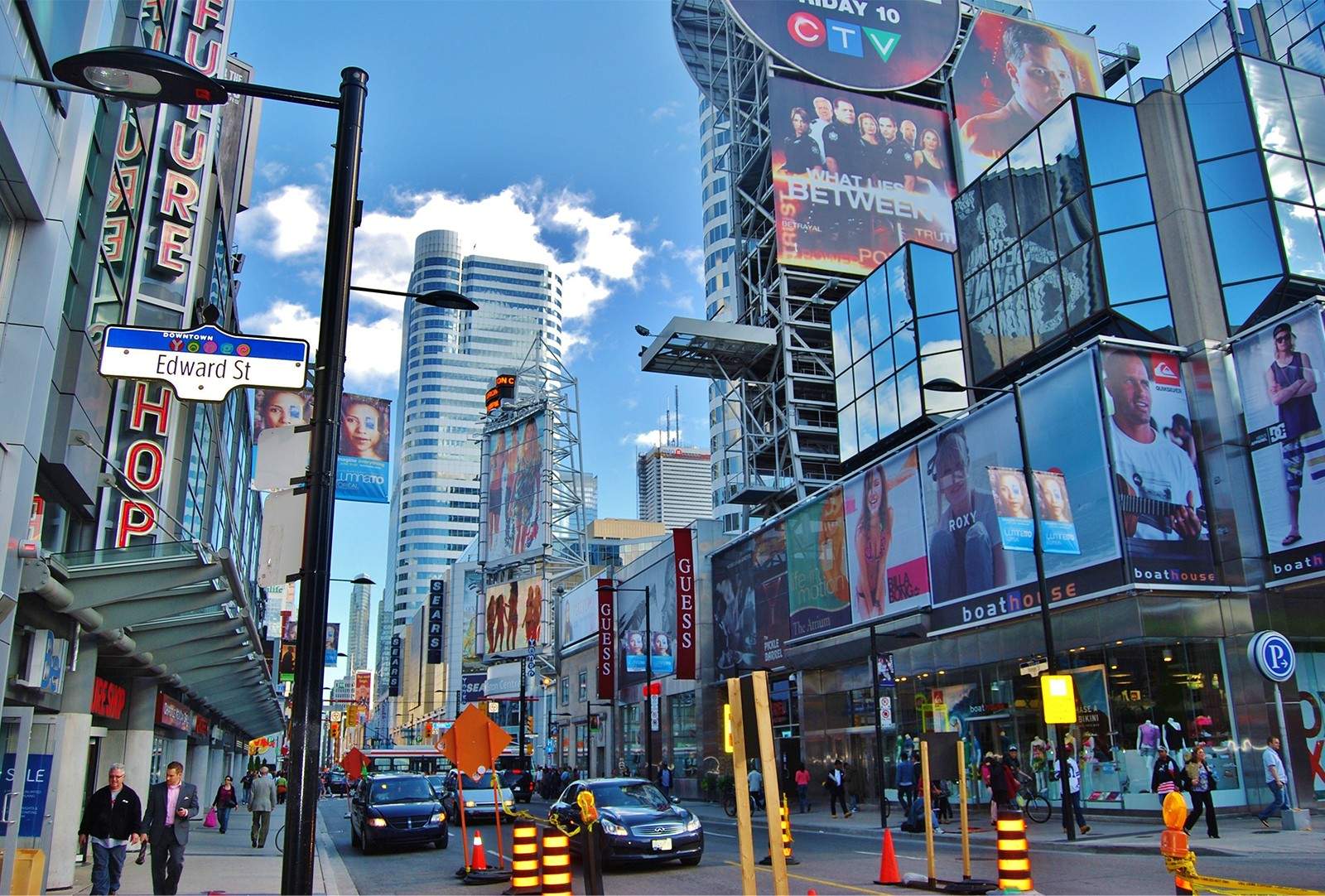 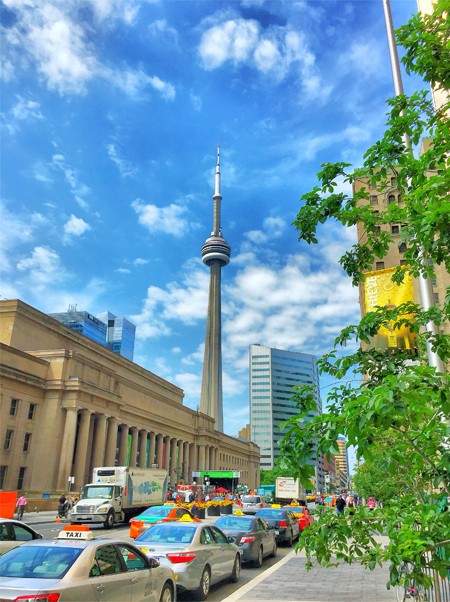 From 1976 to 2010, Toronto's CN Tower was the world's tallest building, and an important symbol of the city's wealth and power. Many of Canada's other big cities have since built CN-like towers of their own.

If Ontario is Canada, Toronto is Ontario. Over 40 per cent of Ontarians live in Toronto proper or the area around it — known as either the Greater Toronto Area (GTA) or “The 905,” after the regional area code — and the thriving metropolis houses most of the corporate and commercial centres that make the province so rich and important.

Established on the coast of Lake Ontario on the province’s great southern peninsula, Toronto (first known as Fort York) was originally chosen as Upper Canada’s colonial capital for its strategic distance from the United States — a concern that seems ironic today, given how much trade the city does with America. After Confederation, Toronto lost the bid to become Canada’s capital, but remains the capital of Ontario, with the provincial legislature overlooking the scenic Queen’s Park area.

As the fifth-largest city in North America, Toronto is home to the same sort of vibrant big-city urban culture that defines its competitors like New York and Chicago, with huge department stores, expensive restaurants, first-run musicals, crowded subways, gigantic sports arenas and gritty slums. It’s now something of a running joke, in fact, to debate just how “world class” this-or-that element of Toronto is. Once sneeringly known as the “Methodist Rome” for its uptight population of white, middle class Protestants, a massive influx of postwar immigration has transformed Toronto into one of the most multicultural cities on earth. Today half of the city’s residents were born outside of the country, and 140 different languages are spoken in its apartments, restaurants, workplaces and community centres. 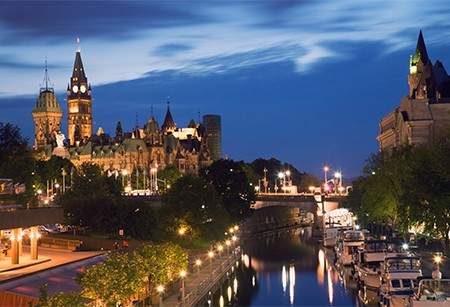 The grand Canadian parliament buildings sit on a hill overlooking the Rideau Canal on one side, and downtown Ottawa on the other.

“Ottawa,” in the language of the typical Canadian, is a word meaning “the federal government” and everything associated with national politics. But the place is also Canada’s sixth-largest city (and Ontario’s second-biggest) with a large suburban population making it much more than a mere huddle of politicians and bureaucrats.

Practically everything that defines Ottawa is the result of careful government planning. A humble logging community in the pre-Confederation era, in 1867 Britain picked the city to be the new capital of Canada because of its strategic position. Located far from the United States and smack on the Quebec border, here was an Ontario town with a high French population that seemed to perfectly embody the spirit of bicultural cooperation intended to be the founding creed of the new country. Since then, successive governments have passed laws ensuring the city remains the most functionally bilingual part of Canada, where any resident can drift from English to French without confusing their waiter or cashier, and where “ARRET” shares equal space with “STOP” on the city’s traffic signs.

The highlight of Ottawa is the massive neo-gothic Parliament buildings that sit on the cusp of the man-made Rideau Canal and serve as a leading symbol of Canadian political authority. Nearby are countless other government tourist attractions such as the Supreme Court, the official residences of the prime minister and governor general, and a vast array of embassies, galleries, museums and monuments. 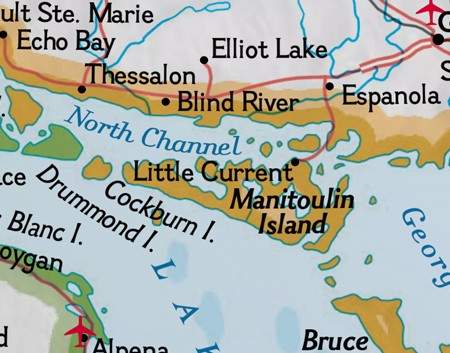 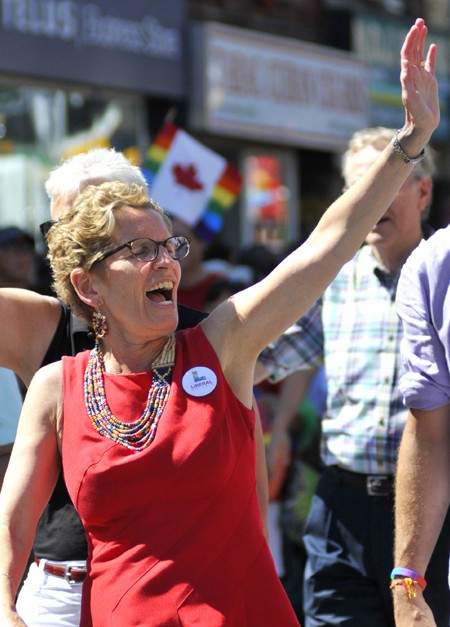 Ontario was once known as a deeply conservative place, and was famously run by the Conservative Party ("The Big Blue Machine") for over 40 years, from 1943 to 1985. As the province became more diverse and progressive its politics followed suit, and in 2014 Ontarians elected the Liberal Party's Kathleen Wynne (b. 1953) as premier — Canada's first openly gay provincial leader. Seen here, Premier Wynne marches in Toronto's 2015 Pride Parade.

Ontario was once known as a deeply conservative place, and was famously run by the Conservative Party ("The Big Blue Machine") for over 40 years, from 1943 to 1985. As the province became more diverse and progressive its politics followed suit, and in 2014 Ontarians elected the Liberal Party's Kathleen Wynne (b. 1953) as premier — Canada's first openly gay provincial leader. Seen here, Premier Wynne marches in Toronto's 2015 Pride Parade.