Canada in the 21st Century

Obviously, attempting to write anything definitive about 21st century Canadian history is ridiculously premature. We’re only just entering the century’s second decade, and a lot will no doubt happen in the remaining eight. But it may still be useful to review a few current events. 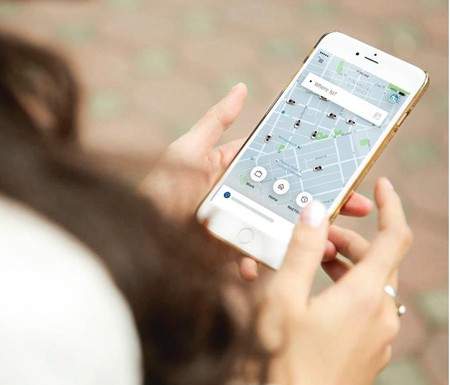 Co-founded by Canadian Garrett Camp (b. 1978), the phone app Uber, which allows users to book freelance taxi rides, has revolutionized travel in cities in Canada — and around the world.

Already underway in the late 1990s, the information revolution of the early 21st century brought enormous change to the lives of Canadians, with personal computers, mobile phones, and the internet going from high-tech novelties to necessities of life in just a few short years. Just as the dawn of the 20th century introduced new types of work through the growth of factories and machines, so too is the 21st creating new jobs in previously unknown fields like computer programming, website management, and online commerce.

Today, close to 90 per cent of Canadian homes are connected to the internet, and Canadians increasingly communicate with one another through digital technologies like texting and instant messaging, as well as social media websites like Facebook and Twitter. In addition to chatting, many now shop, make friends, and even find romantic partners online. While some celebrate the efficiency and convenience that digital life offers, others worry Canadians are spending far too much time online and in front of screens these days, and growing increasingly detached from the real world. 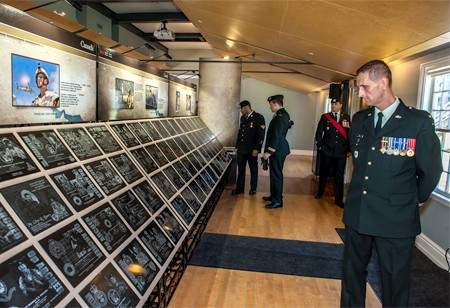 Soldiers view plaques bearing the names of the 158 Canadians who died during the Afghanistan conflict. The plaques toured the country in 2014 and will eventually be incorporated into a permanent war monument in Ottawa.

The War on Terror

On September 11, 2001, fundamentalist Islamic terrorists from the Middle East destroyed the World Trade Center towers in New York City, killing 2,983 people, including 26 Canadians. In response, Canada quickly joined what was dubbed the War on Terror, led by the United States, to take offensive action against the Islamist terror group Al-Qaeda — who had perpetrated the attack — and the fundamentalist Taliban government of Afghanistan that had sheltered and supported them. Though the Taliban government was quickly toppled, Canadian troops would stay in Afghanistan for nearly 10 years — the longest war in Canadian history — fighting stubborn pockets of Taliban and Al-Qaeda loyalists, helping train soldiers and police officers serving the country’s new, democratic government, and protecting Afghan civilians from terror attacks. Canada’s combat mission in Afghanistan officially ended in 2010, and most Canadian troops left the country in 2014. The final remaining Canadian presence in Afghanistan ended in 2021, when the capital was reconquered by the Taliban — a depressing turn of events that led many to question if the long war had been worth it.

In 2003, the administration of U.S. President George W. Bush (b. 1946) widened the War on Terror and invaded Iraq, but Canada’s government refused to participate. By 2014, however, a new terrorist group known as ISIS — or the Islamic State — had seized control of portions of Iraq and Syria, prompting many western nations to pursue renewed military action. In 2014, Prime Minister Stephen Harper (b. 1959) ordered Canadian airstrikes against ISIS targets in Iraq and Syria, but in 2016, following an election, these were cancelled by new prime minister Justin Trudeau (b. 1971), who insisted the Canadian military should instead focus on training and helping anti-ISIS forces on the ground.

In the spring of 2020, Canadian society was massively disrupted by an invisible enemy — a new and deadly respiratory coronavirus known as COVID-19. By June, the virus — which caused intense flulike symptoms to its victims — had killed over half a million people across the globe. Because Covid was highly contagious, governments around the world — including Canada’s — began imposing progressively stricter rules on their  citizens in order to ensure they would not spread the disease. Such measures included mandatory mask-wearing in public places, closures of “non-essential” businesses, and social distancing regulations that discouraged people from unnecessary travel, crowding, or socializing. Though most Canadians complied, the social and economic costs were tremendous, with the Canadian economy suffering its greatest blow since the Great Depression (1929-1939). Many Canadians were forced to endure long periods of unemployment after businesses like restaurants, malls, hotels, gyms, and hairdressers had no choice but to close their doors as customers stayed away.

Canada’s first COVID death came in March, and by January of 2021 over 20,000 Canadians had died. January of 2021 also saw a number of effective COVID vaccines begin to debut, and after a majority of Canadians got vaccinated, much of 2022 has so far seen the gradual phasing out of most of the restrictions that were imposed when the virus was at its worst. 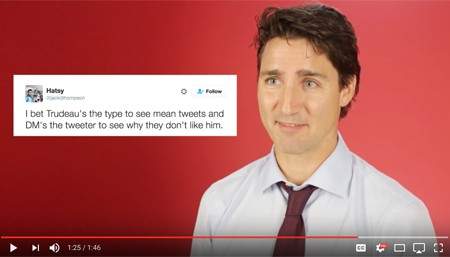 Elected in 2015, Prime Minister Justin Trudeau (b. 1971), the son of former prime minister Pierre Trudeau (1919-2000), has proven apt at using social media to build his reputation as a leader familiar with the technological trends of the 2010s. Seen here, Prime Minister Trudeau reads and reviews Twitter messages in a YouTube video for the popular news and entertainment website BuzzFeed.

The early 2000s saw Canada’s political situation stabilize a fair bit after two decades of turmoil. Many movements that seemed intense in the ’80s or ’90s simply fizzled out, partially due to an improved economic situation that made some of the old fights — particularly those involving Quebec and the constitution — seem less important, and partially due to the rise of a few skilled and pragmatic political leaders. No shortage of new issues have arisen to take the place of the old ones, however.

Concerns relating to the intersection of diversity and racism have risen to the forefront of Canadian society as the country’s population grows more diverse. Immigration has been steadily increasing in recent decades, with the bulk of Canada’s human inflow now coming from Asia, Africa, and the Middle East. New tensions born from unfamiliar religions and cultural practices, as well as fears of new forms of bigotry, present challenges for the traditional Canadian ideal of a peaceful, multicultural society. The issue of Indigenous rights has grown dramatically as a topic of attention as well, and the 2020s have seen renewed effort to raise awareness of the historic racism of Canadian society as a way to bring justice to all Canadians of colour.

Economic inequality remains another acute tension, with many Canadians feeling technological change, globalization, and other large economic forces have made decent-paying, long-term jobs harder to find, with a widening gap between the financially secure and the financially struggling becoming a more pronounced aspect of Canadian society. The effects of man-made climate change represent the dominant environmental worry, with issues relating to pollution and sustainable living now leading topics of Canadian political debate. To what extent can Canada, whose traditional industries have been based around natural resource extraction, achieve a workable balance between defending nature and protecting economic interests?

Like much of the world, Canada was hit hard by the global recession of 2008-2009, which saw the country's GDP growth plummet to its lowest rate in decades and forced many employers to embark upon layoffs and other tough cost-cutting measures in order to compensate for a steep drop in consumer spending. Comparatively speaking, however, Canada experienced worse economic turmoil in the 1990s, and due to the financial reforms of that era, successfully avoided some of the debt and banking problems that have threatened other western nations since the recession's end.

Like much of the world, Canada was hit hard by the global recession of 2008-2009, which saw the country's GDP growth plummet to its lowest rate in decades and forced many employers to embark upon layoffs and other tough cost-cutting measures in order to compensate for a steep drop in consumer spending. Comparatively speaking, however, Canada experienced worse economic turmoil in the 1990s, and due to the financial reforms of that era, successfully avoided some of the debt and banking problems that have threatened other western nations since the recession's end.