Canada’s judicial system is made up of the hundreds of judges who assign punishments for breaking the laws of Canada, as well as ensuring the laws passed by the federal and provincial governments adhere to the rules and limitations of the Canadian Constitution. 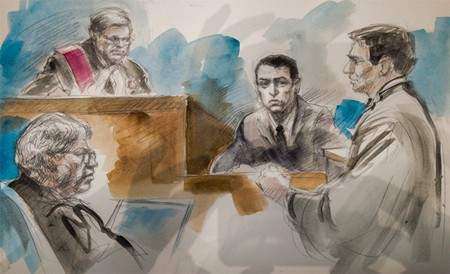 In most provinces, it is against the law to film court proceedings, and even when it is allowed, the regulations are extremely strict. As a result, media outlets often pay artists for drawings of particularly interesting trials. Seen here, a sketch of a high-profile 2015 drunk driving case in the Ontario Superior Court of Justice.

Canada has two levels of courts, federal and provincial. You might expect provincial courts to deal with provincial law and federal courts to deal with federal law, but it doesn’t actually work that way. Provincial courts handle criminal prosecutions and appeals, while federal courts handle disputes involving more esoteric matters of “national interest,” such as conflicts between provinces, maritime law, or disputes over federal taxes or citizenship. Provinces also run small, specialized courts that deal with matters like traffic accidents, renter/landlords relationships, family disputes, or minor civil suits between individuals. See the legal system chapter for more information on the different types of Canadian law.

Canadian courtrooms operate in the traditional Anglo-American way. Two lawyers, one representing the accused (the defense attorney), one representing the government (known as a Crown prosecutor), argue back and forth, often for several days, in the presence of a judge, who eventually issues a ruling favouring one side over the other. Juries of 12 randomly selected citizens are an optional choice for criminal defendants who would rather not be tried by judge alone. Full trials are actually quite rare in Canada these days; the vast majority of Canadians accused of crimes usually arrange a plea bargain — a negotiated settlement between the prosecution and the defense — in order to secure a faster ruling. This often includes pleading guilty to a lesser charge in exchange for the original charges being dropped. In civil disputes — that is, a legal fight between two individuals that doesn’t involve the government — it’s become equally popular to seek out-of-court mediation, in which a government-appointed mediator helps the two parties solve their problem on their own.

A disliked ruling of a low-level court can be appealed to an appeals court, which have multiple judges. At the appeals level, lawyers make far more technical legal arguments involving why they believe the judge at the previous court made an error in their ruling. Rulings of appeals courts can usually be appealed to a second appeals court, and then appealed once more to the Supreme Court of Canada. 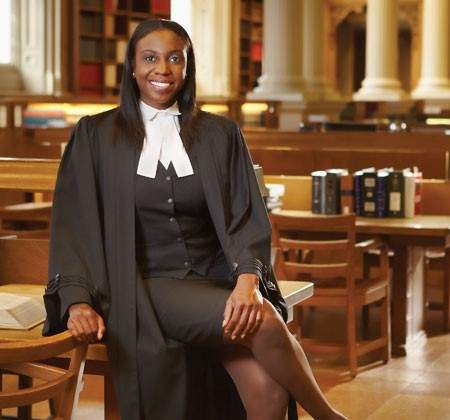 Canadian judges, lawyers, and some legal clerks all wear black robes in court, and a special stiff, white collar known as "Geneva bands" that have their roots in European clergy. Higher level judges wear robes with coloured trim or sashes that indicate what kind of court they preside over. Canadian judges and lawyers, unlike their peers in many other former British colonies, have never worn wigs.

Provincial court judges in Canada are appointed by the provincial governments while federal judges, appeals court judges, and Supreme Court judges are appointed by the federal government. And when we say “government,” what we really mean is either the prime minister of Canada or the premier of a province, working closely, in most cases, with their attorney general. These days, the majority of candidates for judgeships are recommended to the government by other judges or special advisory panels of judges and lawyers.

Most of the men and women who get appointed as Canadian judges are career lawyers (it’s a mandatory requirement for judges of the Supreme Court), but it is not uncommon for the occasional professor, civil servant, or retired politician to get picked once in a while. All judges in Canada have a mandatory retirement age; for federally-appointed judges it’s 75, the age varies at the provincial level.

The appointment of judges in Canada is quite secretive and mysterious. Lawyers and judges generally like it that way, but the media and the public generally don’t. Calls for elected judges, judges who are interviewed and approved by Parliament, or at the very least more public disclosure about how and why specific judges are picked have been growing louder in recent years, particularly in regards to the judges of the very powerful Supreme Court of Canada.

Also known as the “court of last resort,” the Supreme Court of Canada sits at the very top of Canada’s judicial hierarchy and holds the power to overrule all lower-ranking courts — and even Parliament itself. Consisting of nine old and experienced judges, Canada’s Supreme Court only agrees to hear appeals from cases where there is significant ambiguity over the meaning of a law, or an important constitutional question has been raised that demands clarification. These are often cases in which a Canadian believes the law he has been found guilty of breaking should not be a law at all because it contradicts a human right promised by the Charter of Rights and Freedoms (known as a “Charter Challenge” case) or some other rule in the Canadian Constitution.

The ability to overturn a law passed by Canada’s elected government is a very dramatic power, and the Supreme Court is one of Canada’s most powerful political institutions for this reason. Rulings of the Supreme Court are closely watched and covered by the Canadian media and can often generate enormous controversy. Some notable rulings include:

In recent years, it has also become common for the federal government to ask the Supreme Court of Canada to provide answers to constitutional questions without the pretext of a specific case or prosecuted person. Such requests are known as Supreme Court reference cases and the answers the court provides are legally binding. Notable ones include:

Anyone whose rights or freedoms, as guaranteed by this Charter, have been infringed or denied may apply to a court of competent jurisdiction to obtain such remedy as the court considers appropriate and just in the circumstances.

Section 24 of the Canadian Charter of Rights and Freedoms 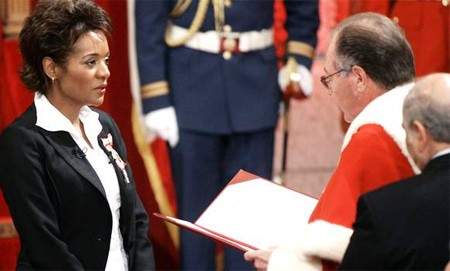 The Globe and Mail

The Supreme Court and the Governor General

The appointment of Supreme Court judges has historically been a fairly mysterious process — like most judicial appointments in Canada (see above) — but in recent years prime ministers have made efforts to make it a bit more open, and Supreme Court nominees are now sometimes publicly interviewed by a committee of members of the House of Commons before they are sworn in. The committee does not have the right to veto the prime minister’s choice, however.

The leader of the Supreme Court is the Chief Justice of Canada who chairs the court and has some other responsibilities in the context of the larger Canadian judicial system, but when it comes to in-court decisions, she is ultimately just one vote of nine. The Supreme Court makes its rulings by simple majority vote, though it’s becoming increasingly common for the Court to attempt to issue unanimous rulings whenever possible, in order to give their decisions more credibility. This often requires negotiation and compromise between judges who may have different opinions, and unanimous rulings often reflect this.

Current Judges of the Supreme Court of Canada

(b. Newfoundland and Labrador, 1953) Appointed by Prime Minister Justin Trudeau, 2016

More About the Canadian Judiciary

For a long time, Canadians could appeal court rulings they didn’t like to the British House of Lords, specifically a special committee known as the Judicial Committee of the Privy Council (JCPC). This was a controversial arrangement, however (the Lords were often not terribly well-versed in Canadian law) and in 1949 it stopped hearing Canadian appeals, making the Supreme Court of Canada Canada’s highest legal authority.

For a long time, Canadians could appeal court rulings they didn’t like to the British House of Lords, specifically a special committee known as the Judicial Committee of the Privy Council (JCPC). This was a controversial arrangement, however (the Lords were often not terribly well-versed in Canadian law) and in 1949 it stopped hearing Canadian appeals, making the Supreme Court of Canada Canada’s highest legal authority.